by Tanja Leth
The health- and tourism management student was born and raised in western Styria. That's why she appreciates the beautiful landscapes in Styria. But still, she gravitates towards the big cities of Europe. So it's not surprising that she also discovers her passion for urban cycling after she moved into the city. She likes running in the neighbourhood and enjoys the sun whenever it's possible.
Image © Andreas Stückl 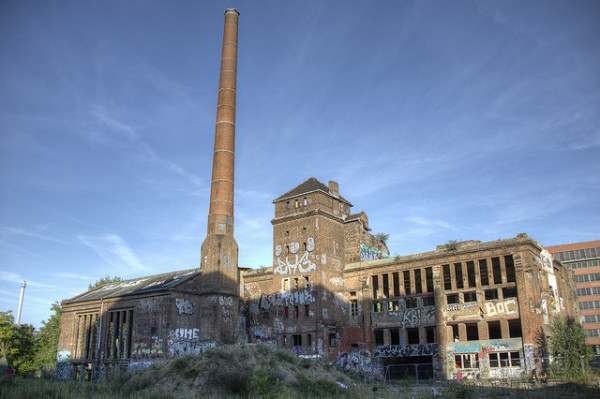 In the centre of Berlin along the river Spree, between Kreuzberg and Friedrichshain, stands one of the city’s largest ruins: A factory in which ice was produced for 100 years. Not ice cream for licking; instead dry ice for cooling milk, meat, fruit and vegetables. The factory was still operating until 1995 when it fell into disrepair and was due to be demolished despite being a listed building. After it was burned down following an illegal party, safety precautions have become much stricter. However, the building is still impressive from the outside and easily accessible via the Paula-Thiede-Ufer (waterside Verdi-Zentrale). 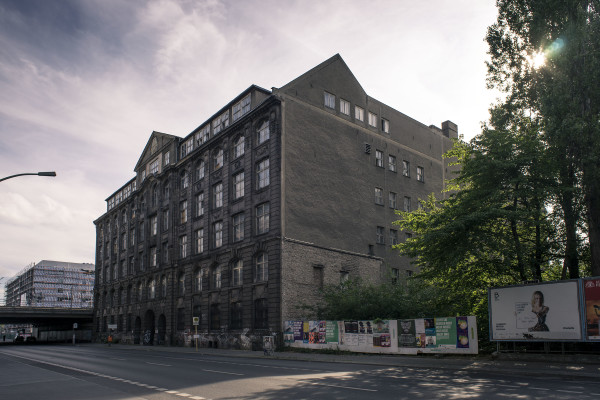 Another ruin from Berlin’s years of industrial expansion is situated on the other side of the bank: the administration and industrial building of the Julius Pintsch company on Andreasstrasse 71-73. Even though the name has practically been forgotten nowadays, the Pintsch company was once a global corporation that manufactured products for regulating gas: Light bulbs, light buoys and heating appliances. The wasteland behind the neo-baroque building shows how enormous/impressive the factory once was. The grounds can be explored by bike and gaps in the fence found… 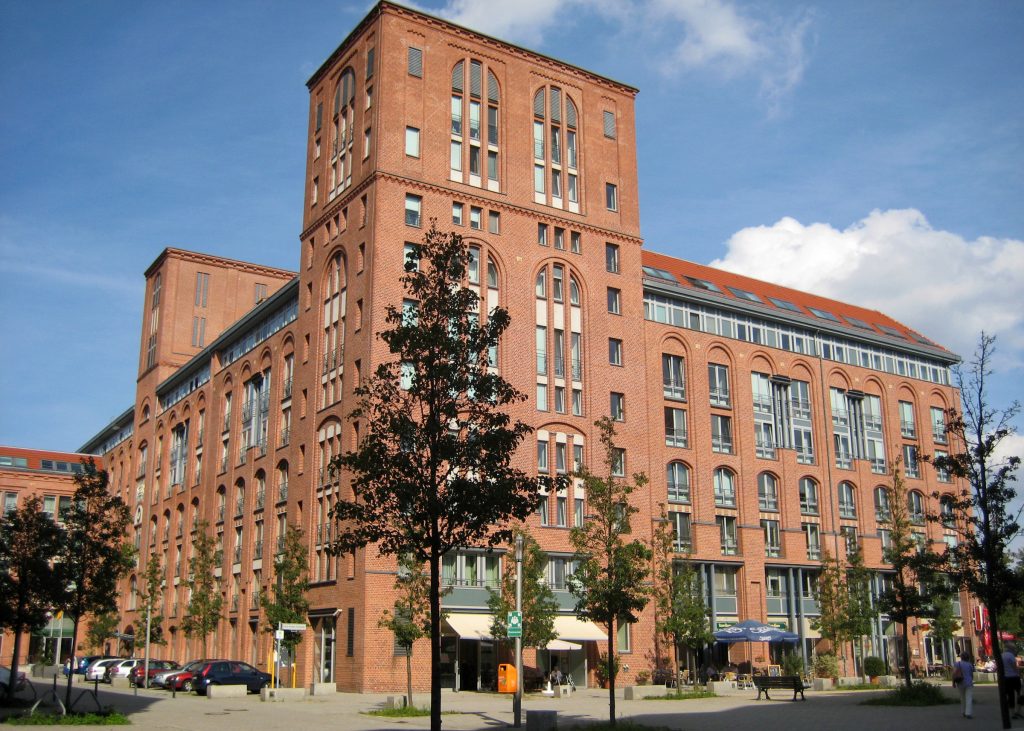 Anywhere in Berlin that had a small hill was generally also a brewery. This is because cellar vaults could be built there without being infiltrated by groundwater. There were once twenty breweries in Prenzlauer Berg alone. In the neighbouring district of Friedrichshain, the Patzenhofer was one of the largest; it was later known as the Schultheiss Brewery and was in operation until 1990. Part of the building has temporarily served as a gallery and club. The rest fell into disrepair. Since then, an investor has shown interest in building luxury apartments there. Catch a glimpse inside from Richard-Sorge-Strasse and the cinema on Landsberger Allee. 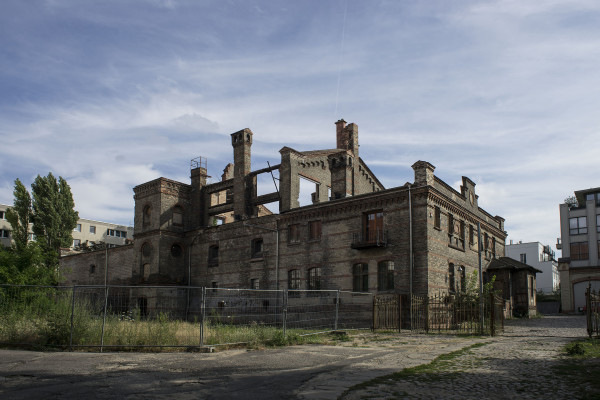 The former Schneider Brewery is well-hidden on Greifswalder Strasse. It is accessible only via a narrow gap between the old building and a school. The brewery operation came to a halt after the First World War but then recommenced in the 1920s. Nowadays, town houses have been erected on a section of the site which in turn makes life difficult for the other part – a recording studio and function rooms. Therefore, the ruin has only been partially restored and is waiting to be used once again as a regular location for music and art. (Schweizer Garten 74-76) 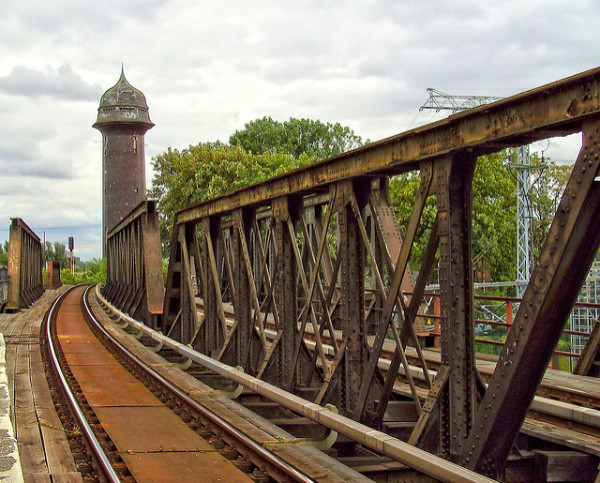 A few years ago, the train station at Ostkreuz was known as ‘Rostkreuz’. Since then, the much used interchange station has become a major building site. A diverse range of historical buildings have fallen victim to renovation. However, the most significant building has remained untouched: A water tower, erected more than 100 years ago. Its roof resembles a caricature of a Prussian steel helmet. At some point a bar is due to be opened in there. It is accessible via Markgrafendamm in Friedrichshain. 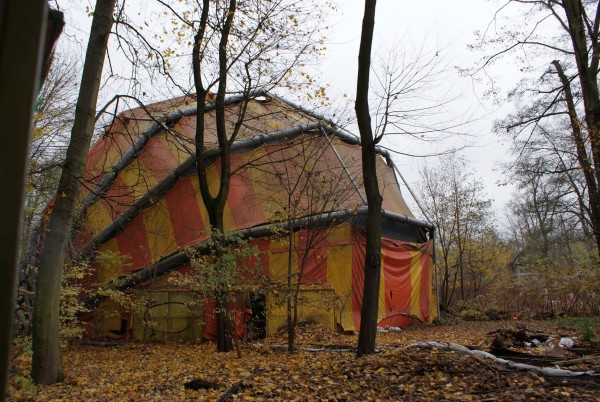 The Spreepark is one of the most famous fallow lands in Berlin with its landmark ferris wheel. The leisure park closed in 2002 when the Witte family, who operated the park, had to declare insolvency. A cinema documentary by Peter Dörfler covers this spectacular case together with the hijacking of various amusement rides to Peru. Anyone wanting to visit the site and its surreal structures is currently unable to book an official tour. Grün Berlin is hoping to “develop” the site by 2017. However, the Plänterwald district, which surrounds the site, is large and dark… 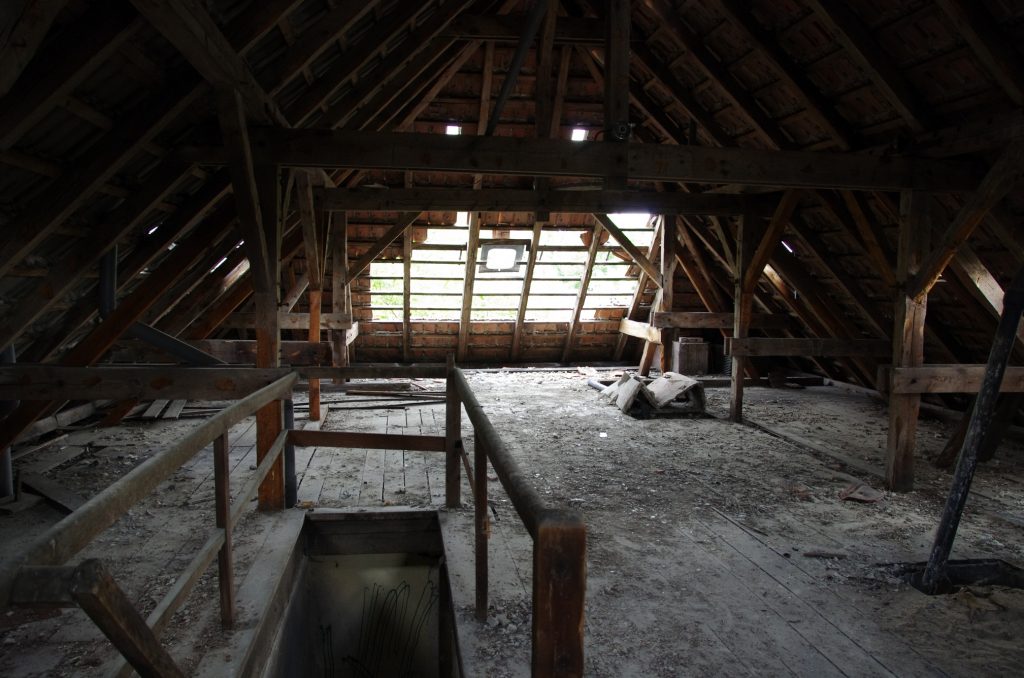 Places like these always have a creepy feel about them. What dramas have taken place behind those walls? Those who believe in ghosts would do better to avoid the former children’s hospital in Weissensee. The children’s ward closed down in 1997 and has since fallen to disrepair. Recently, a recreational photographer fell through the floor during a visit, seriously injuring himself. A companion called the fire service as there is no surveillance at the site on Hansastrasse/Buschallee. 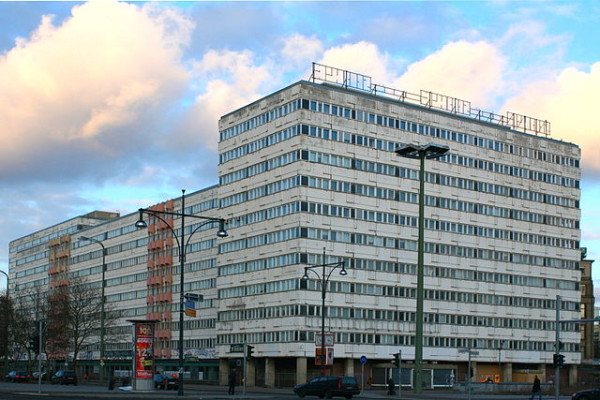 Berlin is not only fully of ruins from its period of industrial expansion; the Cold War also left the city with several abandoned buildings. The former Haus der Statistik is currently one of the most well-known as it is situated right on the Alexanderplatz within sight of the Alexa shopping mall. The Stasi once accommodated the upper floors. It is still unknown what will become of the building. It is possible that artists may take it over, making it accessible to the public once again. 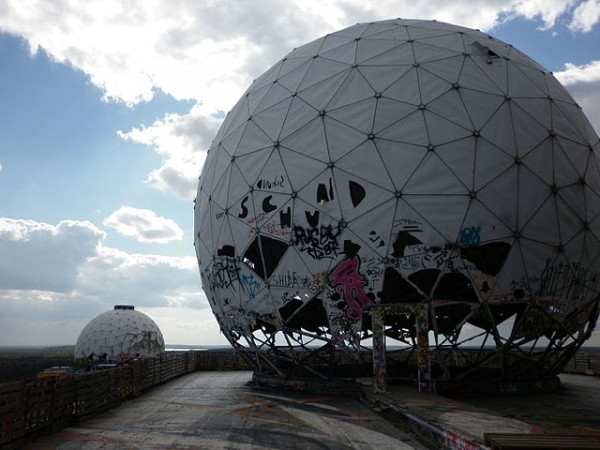 What the East could do, the West also did: Spying on friends and foes. One of the most famous listening stations was situated on the Teufelsberg mountain in Grunewald. From there, the NSA was able to eavesdrop well into the Soviet zone. In 1990, the secret service no longer required the devices and dismantled them. The white domes still remain, even if somewhat “lofty”. Tours can be booked through the current tenant, Marvin Schütte (http://teufelsberg-berlin.eu/). Access via Heerstrasse and Teufelsseechausee.

Controversy has also arisen with regards to this inconspicuous building on Rigaer Strasse. An investor wants to demolish it, while many locals wish for it to be preserved. Nevertheless, it is one of Friedrichshain’s oldest buildings, built in 1870, and lead to the development of the entire Northern district on Samariterstrasse. While many buildings are in danger of collapsing and stand empty, one of them has been inhabited by the indie club, Antje Øklesund. How long for is unknown, but it is still open. However, to date it is still possible to cycle around the site and admire the atmosphere of Berlin in the 90s.
Update: Just 2 weeks after this article was written the building has been demolished.

by Tanja Leth
The health- and tourism management student was born and raised in western Styria. That's why she appreciates the beautiful landscapes in Styria. But still, she gravitates towards the big cities of Europe. So it's not surprising that she also discovers her passion for urban cycling after she moved into the city. She likes running in the neighbourhood and enjoys the sun whenever it's possible.

How big is your Wegschatz?

As an equivalent to the metaphor „Wortschatz“ (vocabulary), „Wegschatz“ defines the range of ways an individual knows at a specific time. „Wegschatz“ takes into consideration that every human ability underlies the nature of training and therefore can be highly influenced (learning and forgetting).

Power to the Pedal: Easier Riding in Prague

On a cold early spring morning, Prague’s fabled Wenceslas Square is packed with tourists and crowded trams trundle along Vodičkova Street. Cars are everywhere, but here in the heart of the city, there is not a cyclist in sight. However, ...
Interested in our Magazine?
Browse through it now
share article
This website uses cookies to improve your experience. Find further information in our privacy policy.
With your consent we also use cookies (e. g. from Facebook or Instagram) that allow us to provide advertising that fits your interests.
Decline Accept