by Charlotte Keuer
Charlotte studies media science at the Filmuniversity Babelsberg Konrad Wolf and has been living in Berlin for the last two years. Where her passion for cycling started exactly she can't tell but doing an internship with Bike Citizens was the next logical step for her. In her freetime she tries out all of Berlins asian restaurants, goes to the cinema or climbing.
Conceptual design of the bike repair café on the campus of the HS Bremen. Image: hs-bremen.de.

Cycling has a special place in Bremen. For example, the concept of the bicycle boulevard – a road on which cyclists have priority and are allowed to ride side by side – and which has now set a precedent across Germany, has its origins in Bremen. A quarter of all journeys in the Hansa city are made by bicycle. Bremen is therefore third in Europe, coming in behind Copenhagen and Amsterdam.

But this success wasn’t enough for Bremen residents, especially those who live in the Alte Neustadt district, a lively residential area on the Weser. In addition to old buildings and cobblestone streets, there are also commercial and cultural institutions in this colourful district as well as the “Campus Neustadt” of the Hochschule Bremen (HSB).

Together with many supporters, the district applied for funding in August 2016 with the project Bremen Alte Neustadt bike model district, which they have now received.

€2.4 million for the bike model district

The funding comes from the Federal Ministry of the Environment’s Climate Protection Fund and has been made available to the city and to the University of Applied Sciences in Bremen in order to transform the district into a bicycle zone. The bike boulevard principle will be extended to the entire district. As part of this renovation, bike-friendly paths will also be laid on streets with cobbles. On other roads, additional bicycle racks near junctions should ensure that they are not blocked by cars, which means that pedestrians will benefit from the planned measures too. 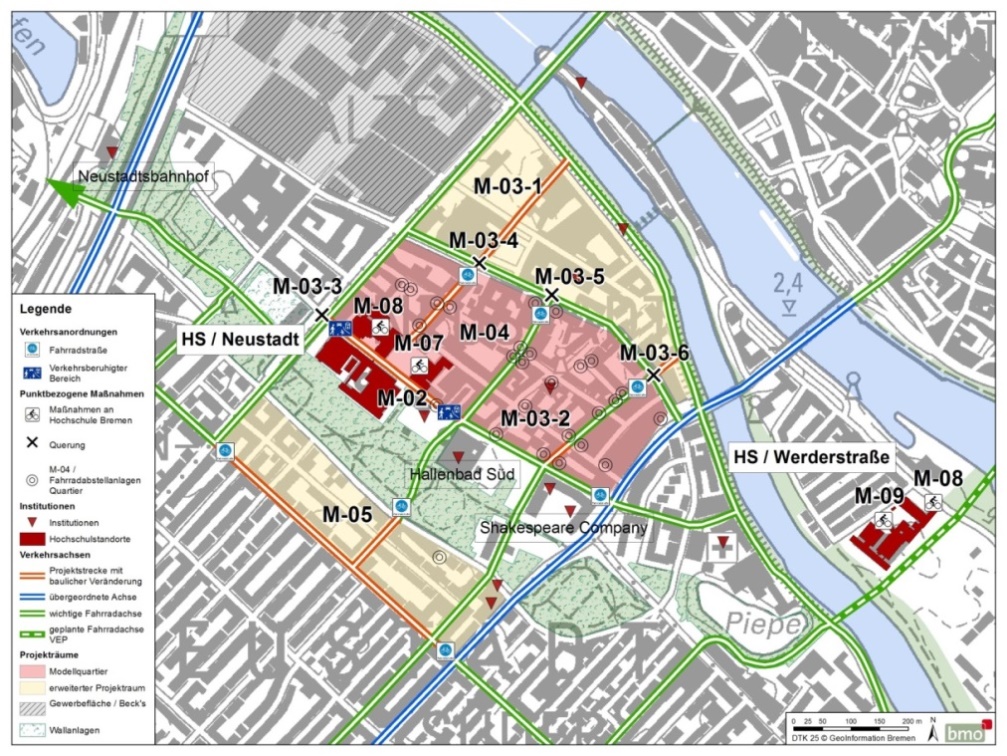 Plenty of bike storage facilities, e-bike charging stations as well as rental stations for bicycles and cargo bicycles will be built at the three locations of the Bremen University of Applied Sciences. In addition, a bicycle repair café is being built on the campus which, with the inclusion of a beer garden, will serve as a meeting point for students and residents. This should also bring the district closer together, the university hopes to be a hub and actively contribute to the attractiveness of the district, says the HSB rector Dr. Karin Luckey.

90% of the renovation work will be financed by the funding and the City of Bremen will cover the remaining 10%. “The conversion is really taking off now. Construction is scheduled to begin at the end of 2017 and most of the changes will be visible in the coming year,” explains Martin Stellmann from the City’s Office for Roads and Traffic. “And by the end of 2019 all the building work will have been completed, according to the subsidy guidelines issued by the Federal Ministry of the Environment”. Then a real paradise will be awaiting cyclists in Alte Neustadt. Motor traffic will be a mere guest throughout the traffic-calmed zone. “The Bremen Fahrradmodellquartier is a lighthouse project”, explained Stellmann. “We have been awarded the funding for the project because this is the first project of this kind in Germany,”

The fact that Bremen is such a bicycle-friendly city has something to do with the BIKE IT! campaign. It was started in 2014 and Bike Citizens was involved from the very beginning. The bicycle traffic campaign encourages both tourists and Bremen residents to hop on bikes more often in everyday life and in their leisure time. As part of the campaign, anyone can download maps for Bremen, Bremerhaven and the surrounding area of Lower Saxony absolutely free of charge via the Bike Citizens App. The app also features a selection of tours which pass by numerous sightseeing highlights for users to benefit from. 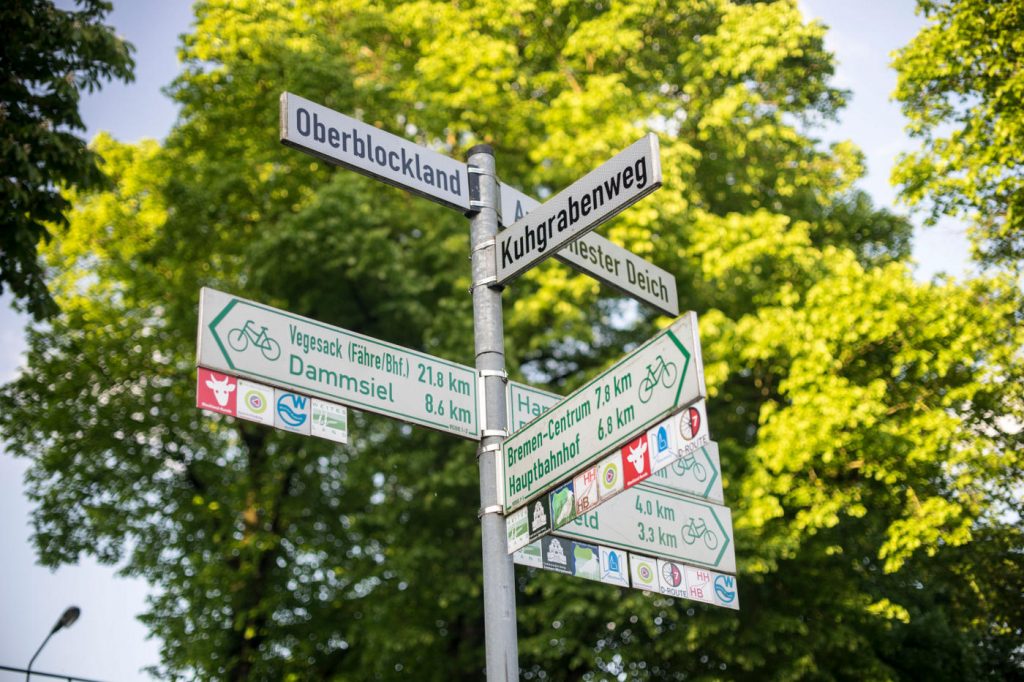 Many cycling tours invite visitors and residents to hop on the bike and get to know the city. Foto: Bike Citizens

BIKE IT! has managed to make cycling the best mode of transport for getting around Bremen. More than 200,000 kilometres on bikes have been recorded using the app since May 2013. And in the future, the model district Alte Neustadt will also contribute to getting more people in Bremen to jump on their bikes.

by Charlotte Keuer
Charlotte studies media science at the Filmuniversity Babelsberg Konrad Wolf and has been living in Berlin for the last two years. Where her passion for cycling started exactly she can't tell but doing an internship with Bike Citizens was the next logical step for her. In her freetime she tries out all of Berlins asian restaurants, goes to the cinema or climbing.

Andrew Gilligan: This Is the Right Time and Place for Superhighways

Andrew Gilligan is London’s first Cycling Commissioner. His boss is Mayor Boris Johnson and together they attempt to transform the British capital into a cycle-friendly one. Not an easy task with cyclists’ deaths being blown-up in the media, and multiple stakeholders wanting their say in any infrastructural measure. A network of so-called Cycle Superhighways is in the making and being improved following heavy criticism, while quiet roads that lead cyclists away from busy streets are being mapped. Our London correspondent Nora Manthey spoke to the Cycling Commissioner about the challenges of change , segregation, gender issues, cycle safety in perception and reality, and the non-sense of cycle paths in Underground tunnels.

Build it, and they will come. That's not always true, but well-thought and needed bike infrastructure is something cities can be proud of. We've made here a selection of 10 bike architecture projects which are not just visually very appealing, but also contribute to enjoy our rides.
Interested in our Magazine?
Browse through it now
share article
This website uses cookies to improve your experience. Find further information in our privacy policy.
With your consent we also use cookies (e. g. from Facebook or Instagram) that allow us to provide advertising that fits your interests.
Decline Accept