The Critical Mass – Cycling as a Political Statement

Doris and Peter live in Vienna. They enjoy living here and like the city. The only thing that the two all-weather cycling enthusiasts are not so keen on is the traffic. Accordingly, they are regular participants in the Critical Mass, a monthly “cycle demonstration”. In Vienna alone, up to 1,000 people take part in this group ride on the third Friday of every month. The route of this ride is different each time, but one thing always remains the same – the desire to raise awareness for environmentally friendly mobility and to make a political statement. Doris also cares about this.

The Critical Mass Dreams of a Car-Free City

Critical Mass was established in San Francisco in 1992 as a pro-cycling political movement and has since spread throughout the world, with seven cities in Austria now taking part. Vienna joined the movement in 2006, and Doris and Peter have been involved in it since 2007. Police cars escort the participants and keep the streets free of cars for the cyclists for the duration of the event. No cars, just cyclists and pedestrians – an image that Doris enjoys.

“Critical Mass allows us to live the dream of a car-free city for a short a moment. It is necessary as long as car traffic continues to dominate our cities. And as long as I have to deal with it every day.”

For Doris, this means looking out for other people in traffic every day and showing caution and consideration for others on the roads. Doris is still not happy with the conditions for cyclists. For her and her friend Peter, cycling is the solution for a sustainable traffic concept. 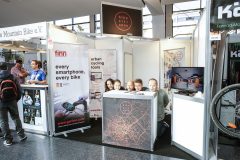 “The wish of a car-free city is a political issue. In Amsterdam, for example, there is no need for a Critical Mass, because cyclists are already part of the cities policy strategie. We haven’t reached that point in Vienna yet, and it takes a long time to change things here.” 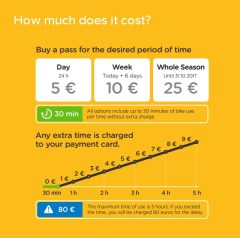 Cycling as the Perfect Traffic Solution

“Cycling is quiet, healthy and fast. It is cheap, I might spend about €100 per year on repairs and replacement parts. Bicycles don’t need much space, there are no exhaust fumes, and you don’t even need to pay for a gym membership. Sometimes the solution is staring you in the face,” says Peter.

Peter likes the fact that the Critical Mass shows off the diverse nature of cycling. The creative and colourful events bring together people with extraordinary bicycles, ranging from home-made bikes to sound bikes, tall bikes and load-carrying bikes. “Critical Mass is a melting pot for active people who want to get involved. It is a part of cycling culture in Vienna.”

For many, the reason for taking part in CM is to achieve visibility and to be able to use the whole road with peace of mind. This produces a feeling of strength and belonging.

Seven years without a car: How this decision has changed my life

It’s an attitude towards life: owning a bike instead of a car. Or perhaps even several bikes, one for every occasion. Seven years ago I decided on a life without a car, and this is how it influenced my life.

At a red light, I was waiting aside a motorcyclist I encountered, as we both descended the same hill, he sped it quickly and I joined a few moments later neatly passing the queuing cars. A short conversation ensued, continuing off from the previous intersection. He said he was jealous of the exercise I was getting while biking, I asked him if he’d consider biking but he said he could never bike in Jerusalem.
Interested in our Magazine?
Browse through it now
share article
This website uses cookies to improve your experience. Find further information in our privacy policy.
With your consent we also use cookies (e. g. from Facebook or Instagram) that allow us to provide advertising that fits your interests.
Decline Accept