by Guest Author
This is an article written by a guest author from the Bike Citizens community (full profile below). If you also want to share your cycling stories, contact us.
Foto © En bici por Madrid

But something is changing. A strong community of passionate urban cyclists has evolved in recent years and cycling has become more and more popular. Step by step Madrid is adapting to this new “trend”. After a cycle lane that crosses the centre had been finished, just one year ago a new ring street was developed, circling the city centre. Soon after that, the first bike sharing system in Madrid was established. Sounds good, eh? Let’s take a closer look.

Shared cycle lanes in the centre of Madrid

The first one of its kind was the M-10, a cycle lane designed to be shared with other vehicles in the centre of Madrid. Since then, various other shared cycle lanes have been established, for example in the northern neighbourhoods Tetuán and Chamartín.

So, what is a shared cycle lane and who do I have to share it with?

It doesn’t sound like such a bad idea but there exist quite some limitations. I would like to name some that were evaluated by „En bici por Madrid“.

All in all, it’s a good start – but it’s not the solution. Of course the cycle lane was cheap and easy to install and may encourage acceptance of sharing the streets with cyclists (which is a very important part of it!). Still, there is a long way to go to make the city more cycle-friendly. 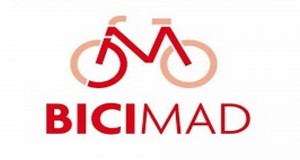 Madrid has its first public bike-sharing system! With 120 stations and 1,560 bicycles, all of them e-bikes, the service started in spring 2014. To master the numerous “interesting” inclines in the centre, e-bikes were chosen rather than the normally quite heavy public bikes. Initial costs are a bit higher, but the argument was that normal bikes stations on a hill would tend to be empty and stations down the hill crowded with bikes. Madrid is the second Spanish city to get e-bikes; San Sebastián already offers the same service.
Users of the system need to pay an annual fee of €25 as well as a deposit. Using a bike is not free as in other cities but has to be paid for as well. A system was therefore introduced to allow reservations to be made via the smartphone app.

More information about BiciMAD (in Spanish):

Every effort has it's rewards. A city of about 250.000 inhabitants achieves surprisingly positive numbers promoting the use of the bicycle as daily means of transport.

Cargo bikes would be practical – if they weren’t so cumbersome. Cargo bikes are becoming more and more popular, but public areas often don’t have designated parking spaces for them. Cities are working to change that.
Interested in our Magazine?
Browse through it now
share article
This website uses cookies to improve your experience. Find further information in our privacy policy.
With your consent we also use cookies (e. g. from Facebook or Instagram) that allow us to provide advertising that fits your interests.
Decline Accept