Stolen Bicycles and Accidents: Cycling in the Press

Until not all that long ago, if one came across an article on cycling in a daily newspaper that did not turn out to be an advertisement for a sports equipment retailer, it was mostly about stolen bicycles and accidents involving cyclists.

Outside of the sports section, this was for a long time the only kind of reporting on bicycles. Tips for getting the bicycle fit for winter were about as exciting as it got. Yet even these reports fell in the sports section and mainly concerned storing the bicycle for the winter to prevent it rusting away. The bicycle was seen solely as a piece of sports equipment and not as a mode of transport that is to be taken seriously and contributes to the quality of life in our cities.

It is also significant that reports on bicycles are often still placed under the heading “Car” or “Motoring”. Bicycle mobility is therefore degraded to a trivial matter.
Greater perspectives

Over time, the nature of reporting on cycling in the press has expanded somewhat. It can also be found outside the specialist press: The reports on alternative transport and cycling culture. I deliberately write “expanded” here and not changed: Because the density of pertinent reports on stolen bicycles and accidents nevertheless remains constant.

Indeed, local media could assume a special role in this. Obviously because they possess the kind of detailed regional knowledge which could be used to create awareness. There will certainly be readers out there with an interest in risky traffic zones or tips and tricks on cycle paths and how to get around the city safely and quickly. At the same time, municipal politics follows the reporting in small newspapers very closely. So even small newspapers can make a difference. 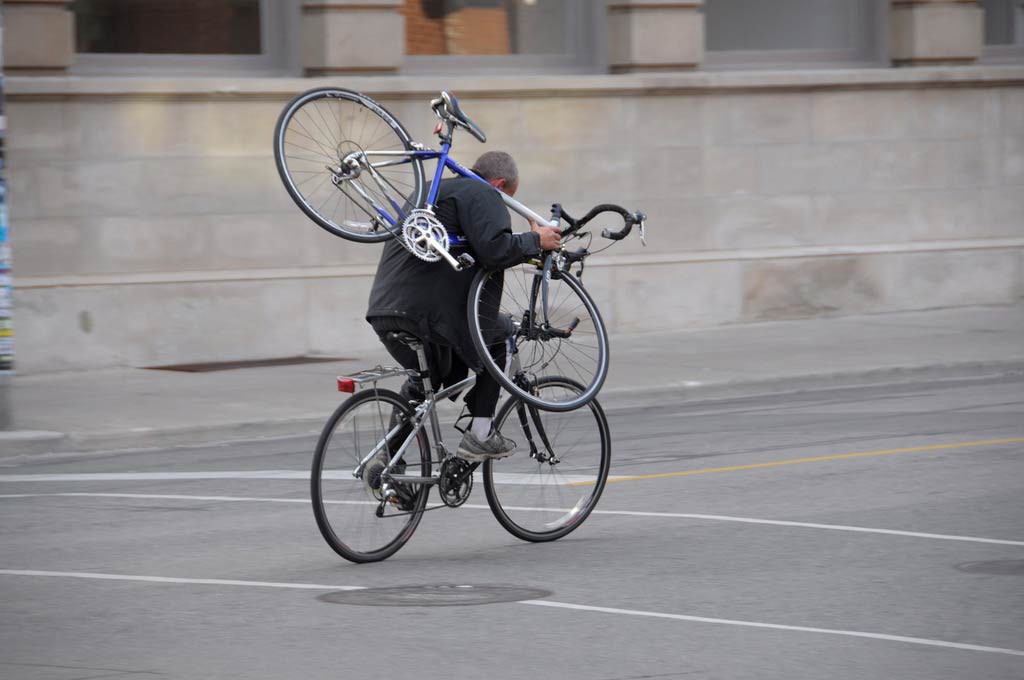 In the meantime, a change in the news about the bicycle is evident. The growth of a new cycling culture in recent years has resulted in even large media houses no longer being able to ignore the trend towards bicycle-based mobility.
The bicycle is increasingly being taken seriously as a sustainable transport alternative. Reports on positive developments in spatial and urban planning are now also increasingly appearing. And not just about the bicycle meccas of Copenhagen and Amsterdam. Nowadays, many cities have accepted the bicycle as a solution for their traffic problems. The most recent example of this is London, which has garnered a lot of media attention with the planned construction bicycle highways and underground routes.

The bicycle is always in season

Even the seasonal tips and tricks for getting the bicycle fit for the upcoming season have been expanded to cover year-round use of the bike. And the fact that major newspapers have accepted the bicycling lifestyle is proved by tips on cycling to reduce weight.
Compared with news about the car, it is regrettable to note that bicycle reports are still a niche matter, even when they concern matters apart from accidents and theft nowadays. However, the potentials and markets are there. We will be reading more and more about cycling in the press in the years to come.

Cyclists in Brussels take an active part in the “PING if you care!” urban planning initiative. The results have now been published and they provide an exciting insight into the current state of the transport infrastructure from the cyclist’s perspective. The city can now quickly and efficiently plan appropriate measures.
Interested in our Magazine?
Browse through it now
share article
This website uses cookies to improve your experience. Find further information in our privacy policy.
With your consent we also use cookies (e. g. from Facebook or Instagram) that allow us to provide advertising that fits your interests.
Decline Accept