What does a prison, the international cycling community and Hollywood have in common? 800,000 Finns

From rags to riches. Or better still: From smartphone holder to blockbuster gadget! The Finn “Made in Austria” has made a splash worldwide and not just with cyclists.

by Karen Rike Greiderer
Karen runs the Urban Independence Magazin since 2017. The passionate pedal pusher has already travelled plenty of miles on her bike. Today she combines either a folding bike and a bike trailor for kids or a Compact Cargobike with the railroad in Berlin and Brandenburg, touring mostly with her daughter. Her approach to riding a bike is multilayered with a love of detail, but always practical, going back to the days of her youth spend in Austria.
From rags to riches? How did the Finn manage it? Foto: Anne Savage and Tom Neal in "Detour" (1945), Fotomontage © Bike Citizens

Half past nine in Austria: In one quick step, Simone F. (Note:  name of the cyclist has been changed) attaches a smartphone with an elastic silicone band around 17 cm long to a handlebar. The journey by bike begins. The app navigates. The silicone band stays in place.

Finn– you can count on it!

On the other side of the world: The same quick step with the same silicone band on the set of the blockbuster “Transformers”. The professional boom operator Kevin Cherchiaihas no time to lose – Hollywood won’t wait. There’s a lot riding on this. The Finn’s part of it. Without flinching, he firmly and reliably attaches the high-end microphone to the boom pole of the operator and it’s a wrap.

… and somewhere in between is everyday life.

How it all began…
The success story of Finn starts in Graz, Austria in 2013. It was developed as a universal smartphone holder for bikes after the business duo Daniel Kofler and Andreas Stückl realised that there wasn’t a simple solution for securely attaching a smartphone to a bike. (Read more about this story here) As they were right in the middle of developing the bike navigation app “BikeCityGuide” (today Bike Citizens App), they saw it as a personal and commercial necessity to develop a universal holder for bikes. 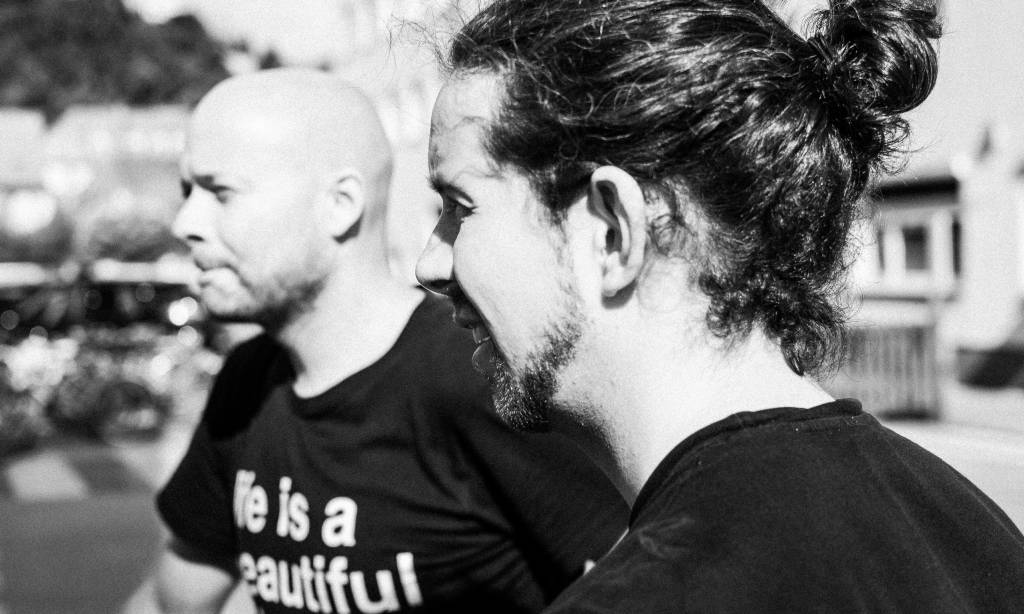 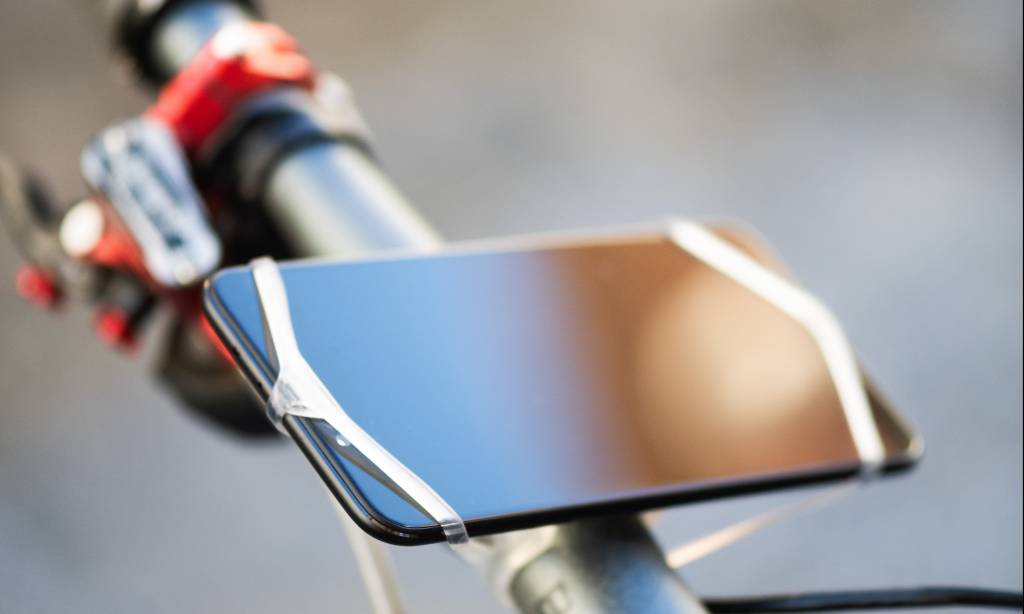 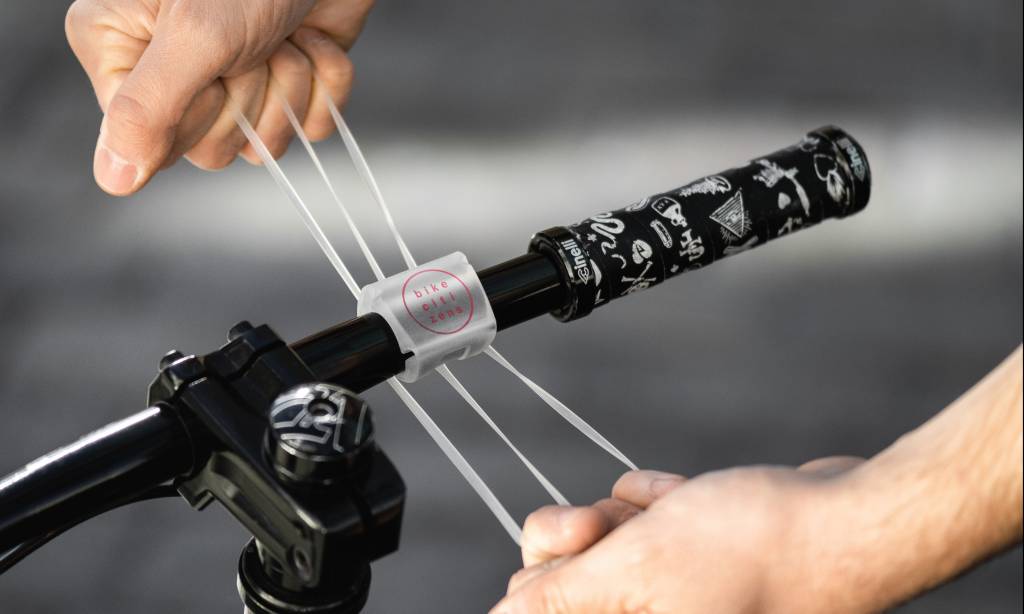 In 2019 there have already been 800,000 sales of the Finn worldwide © Bike Citizens / Marion Luttenberger

Bike Citizens’ philosophy:
Lots of fun and freedom cycling as well as sustainability and social responsibility.

Smartphones and bikes
Whether it’s for navigating your way through the daily city traffic or for whizzing downhill on the weekend, Finn can attach all types of smartphone (up to the iPhone8) to the handlebar of all types of bikes. For six years now, a small silicone band has been inspiring old and young across the globe and conveying the Bike Citizens’ philosophy throughout the whole world: lots of fun and freedom cycling as well as sustainability and social responsibility.

Responsibility
Local raw materials which are only transported short distances are specifically used for the Finn. The base material of natural rubber comes from Munich. The production facilities are located in Burgenland. The two locations are about 500 km apart as the crow flies. Design, in other words packaging of the Finns, takes place in the nearby regional capital of Graz.

From prison to Hollywood
In prison, specifically the Graz-Karlau Prison, each Finn passes through the hands of a prisoner, whose job it is to put the silicone band in the right packaging. “It’s an effective rehabilitation measure. The prisoners engage in a meaningful activity. That’s how they earn their money!”, according to Peter Scherz, Superintendent of Operation Group 1 and Manager of Company Operations 3 at Austria’s third largest penal institution.

The Pink Pedals couriers are waiting in front of the gates of the Karlau prison. The local bike courier service transports the Finn to the next distribution location in and around Graz on a freight bicycle. That too was a conscious decision made by Bike Citizens: For one thing, Austria’s second largest city has been combatting extremely high levels of fine particulate matter for years. And for another, Pink Pedals are renowned for the fair remuneration and good working conditions of their couriers.

In prison, each Finn passes through the hands of a prisoner. It’s an effective rehabilitation measure. The prisoners engage in a meaningful activity. That’s how they earn their money!
PETER SCHERZ, Superintendent of Operation Group 1 and Manager of Company Operations 3, Graz-Karlau Prison

The American Dream
Back to Hollywood. The Finn is also making an impression away from the world of bikes. Its “strong, lightweight and elastic” properties are perfect for filming in Hollywood. As a “squid” it is used by boom operators and sound mixers for attaching a wide variety of recording devices to boom poles or other equipment.

“Everywhere where drones would be too risky but you have to be really close to the sound, the Finn’s living the ‘American Dream’ in Hollywood”, according to Ali Ahmadi, who works close-up with the professionals on set and asked around for Bike Citizens there. The Finn was on set as a squid, for example, for the filming of the blockbuster Transformers. 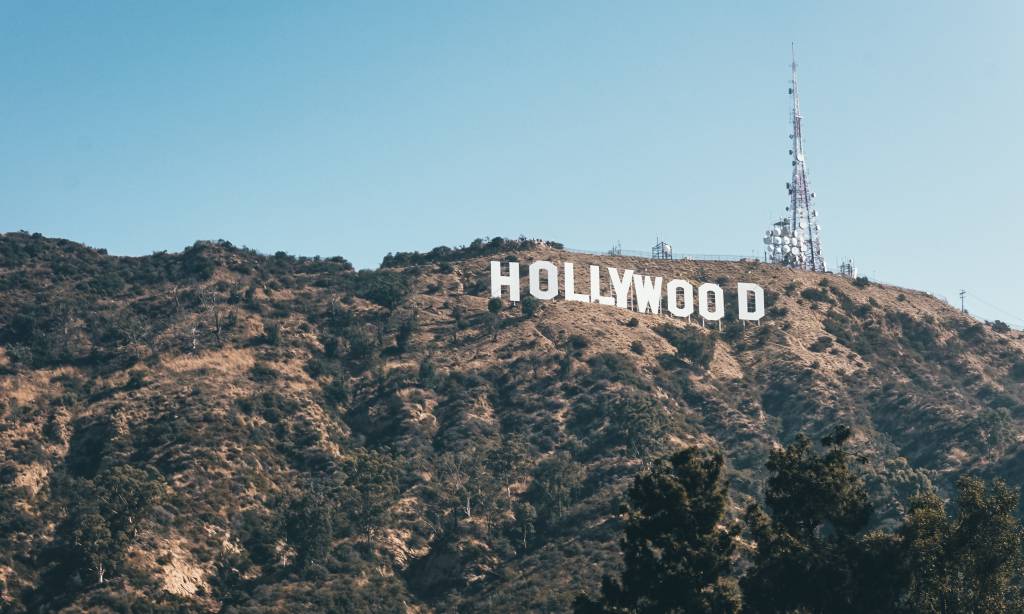 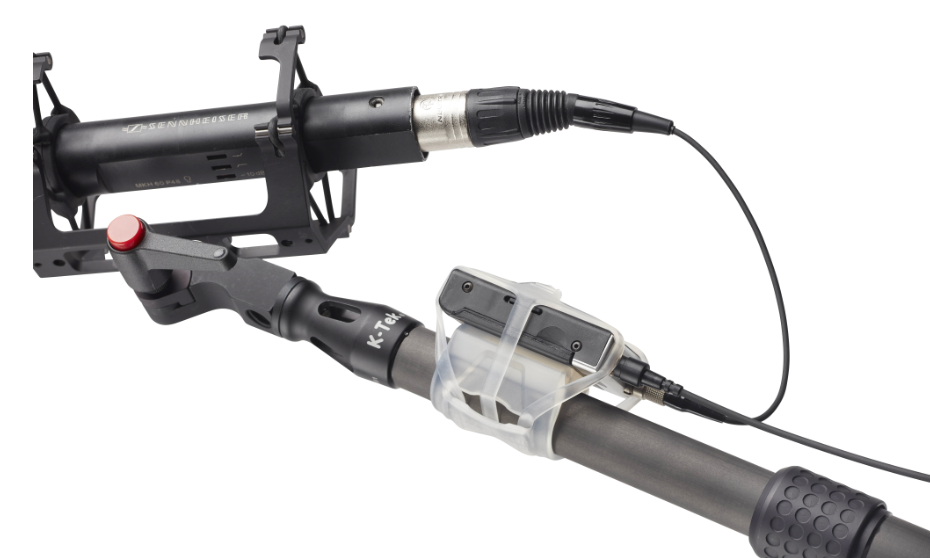 On set, the boom operator uses the squid, for example, everywhere… © K-Tec Pro 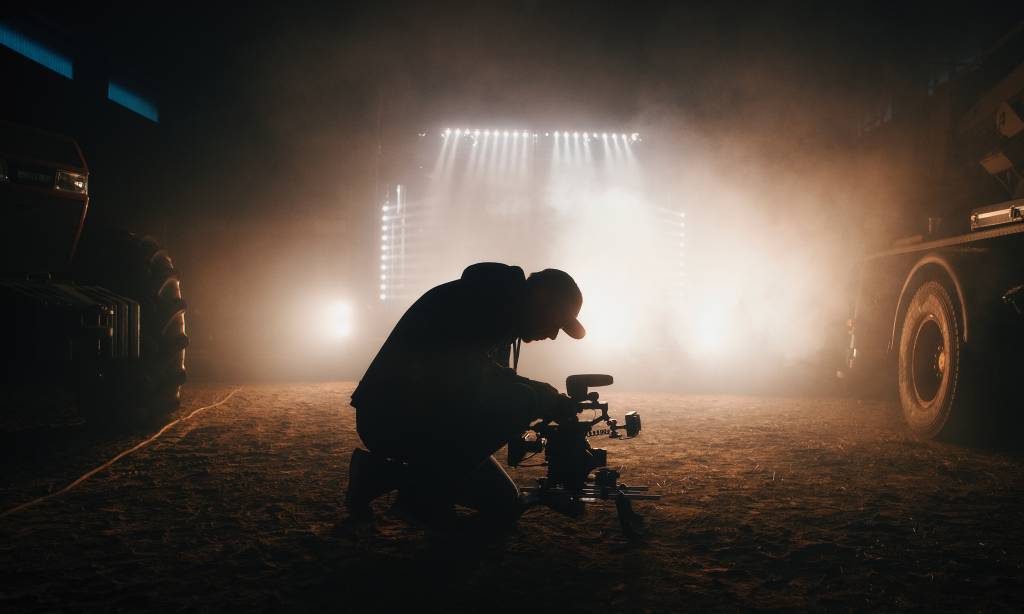 …where it would be too risky to use drones. © K-Tec Pro

Incorrect use? Yes, please!
If you’re still doubting Finn’s elasticity and range of applications, whether it’s in Burgenland or in Hollywood, take a look at our critical self-test in our video:

Discover the many facets of Finn.

The mount for every smartphone and bike.

Download the app
by Karen Rike Greiderer
Karen runs the Urban Independence Magazin since 2017. The passionate pedal pusher has already travelled plenty of miles on her bike. Today she combines either a folding bike and a bike trailor for kids or a Compact Cargobike with the railroad in Berlin and Brandenburg, touring mostly with her daughter. Her approach to riding a bike is multilayered with a love of detail, but always practical, going back to the days of her youth spend in Austria.

From topping up your sun tan to filling up your car – it’s not exactly what you want to be thinking about after a relaxing holiday.But if you’re at school, it means no more lie-ins until midday. Even if you’re bursting with energy as you get back to reality, fully charged batteries will eventually lose performance. So what’s the best way to fight against that? We have the right solution for you, to ensure you don’t lose motivation.

The fully integrated business model developed by companies such as Foodora and Deliveroo has completely revolutionised the takeaway delivery industry. However, even though their profits are rising, these companies are failing to offer their couriers fair pay and working conditions. The couriers are in turn beginning to express their discontent which the companies do not like at all, and now labour disputes are starting to rage in the digital economy. On the other hand, these developments have also produced a number of positive effects.

As high-tech as NASA or as simple as ABC – bike infrastructure that makes cycling easier is always welcome. We have had a look at five different solutions, which make cycling more comfortable and attractive.
Interested in our Magazine?
Browse through it now
share article
This website uses cookies to improve your experience. Find further information in our privacy policy.
With your consent we also use cookies (e. g. from Facebook or Instagram) that allow us to provide advertising that fits your interests.
Decline Accept