More and more cities nowadays are making plans to improve their cycling conditions. With sustainability becoming increasingly popular, cities are looking for green transport solutions, and the bicycle fits perfectly in that image.

by Eline Schaap
Eline studies “International Business and Languages” and is currently doing her internship at Bike Citizens. She has a deep connection to cycling, as she grew up in the Netherlands. In her spare time, she loves to sing, dance, and explore everything Austria has to offer.

At the Polis Conference in Rotterdam on the 1st and 2nd of December, cities got the opportunity to showcase their achievements regarding transport solutions and modal share of cycling. Madrid, being the city with the most innovative ideas for sustainable transportation solutions, was rewarded with the „Thinking Cities“ award. Besides that, the leading cities, London and Gothenburg, were also rewarded with a Bike Citizens license. This means that the Bike Citizens app will be free in each of these cities from April until the end of May 2017.

So if you live in one of these cities, grab your bicycle, use the app, and help your city improve even further. Let’s take a look at what these cities have done so far to improve cycling conditions.

In the past few years, Madrid has struggled with problems such as air pollution and heavy traffic. The city has not been one of the most bicycle friendly cities. In order to tackle these problems, Madrid has been trying to force back the number of cars in the city. To do so, Madrid has introduced car-free zones. These zones are specially designed for pedestrians and cyclists and offer a safer way to get around the city.

Madrid won the “Thinking Cities” award for their „MoveUs“ project. Through this project, the city offers a set of mobility services (such as trip planning) in the form of an app, which will ensure smoother traffic and rewards people for making sustainable choices (such as taking the bike or walking). The goal of the project is to encourage sustainable transport within the city.

Another way the city wants to motivate people to explore the city by bike is through their new bike sharing system BiciMAD. There are 15,600 e-bikes distributed throughout Madrid, which people can use for a small fee. BiciMAD is targeted at tourists as well as people who live in the city. 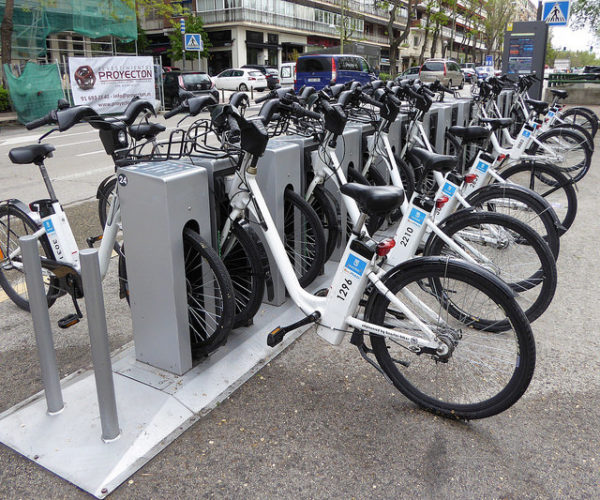 One of the BiciMAD electric bike sharing stations. Photo: Morebyless via Flickr (CC BY 2.0)

In order to keep the cyclists safe, a network of cycle paths was developed. This network included priority cycle lanes and shared cycle lanes where the speed limit has been reduced to 30km/h. The other two cities also expanded or improved their cycling network.

After the 2012 Olympics and the victory in the Tour the France, cycling started to get very popular in London. However, cycling in London has long since been perceived as dangerous, due to the high number of cyclist deaths in traffic accidents. The city has lately been trying to improve the safety for cyclists and the new Mayor of London has announced that the city will be spending around 896,8 million euros (£770m) on infrastructure and ways to promote cycling in London.

London will be improving the safety for cyclists through the use of safer cycle ways, such as Quietways and Cycle Superhighways. Cyclists can take Quietways which run on back streets for a more relaxed experience. For a more relaxed experience, cyclists will also be separated from the motorized traffic through so-called Cycle Superhighways, which partially already exist. The plan is to improve the already existing Superhighways and to build new ones. The improved network of safer roads will be known as the Central London Grid. 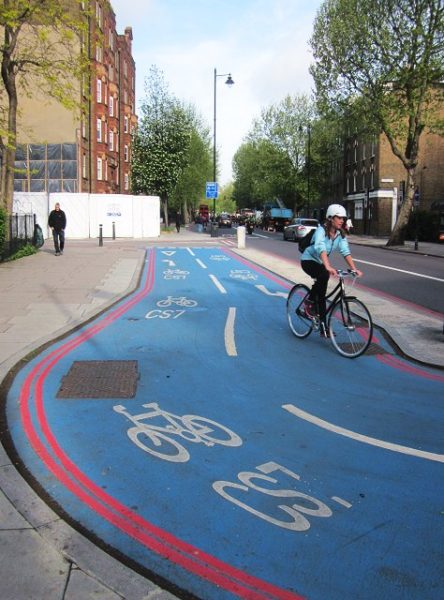 Besides that, London is also working on better ways to store your bike within the city. A new Mini Eco-Cycle System will automatize the way bikes are being stored. This new parking concept uses less space since it stores the bikes vertically, and will be safer than traditional parking spots.

Lastly, London follows the same strategy like Madrid by investing into public bike sharing. Around 11,500 so-called Santander Cycles are distributed throughout the city. For as little as £2 you can hire a bike for 24 hours. When you’re done, you can just return the bicycle to any station you want.

In 2011, Gothenburg has set a goal to triple the number of cycle trips made by 2025. The city has adopted a special cycle programme as part of their overall traffic strategy. By improving their cycling infrastructure, Gothenburg wants to make cycling in their city faster, simpler and safer.

Just like the other two cities, Gothenburg has implemented a bike sharing system. The city will improve the existing system, by creating new stations. Besides that, the city also plans on building more parking spaces for their bike share users. There are also plans on expanding the amount of normal cycle parking places.

The city has a lot of strategic measures to improve the safety for cyclists. The existing cycle paths will be improved and upgraded. These upgrades include decreasing the speed limit in shared lanes, extending lanes, or replacing painted lanes with raised ones. At the same time around a dozen new cycle paths are being built. Safety is also improved through the use of raised crossings for pedestrians and cyclists, and special one-way cycle paths. 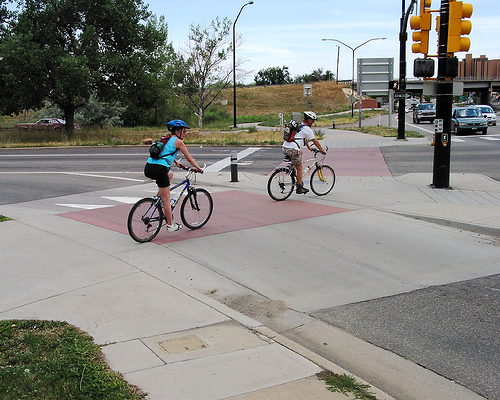 Lastly, Gothenburg also introduced an award scheme, which is supposed to encourage employers to make their workplace more bicycle friendly. With this so-called Bike-Friendly Workplace scheme, the city hopes more people will cycle to work, due to improved conditions.

The most bicycle friendly city

Not only Madrid, London, and Gothenburg are planning to improve cycling conditions. More and more cities are starting to realize the growing importance of cycling as part of the general transport plan. Multiple cities are trying to improve cycling conditions as much as they can. They are all trying to win over the title of “most bicycle friendly city”. Cyclists are moving up the hierarchy of transport in cities. We are sure, this positive transition will continue so more people can enjoy the feeling of freedom and flexibility that is connected to urban cycling.

by Eline Schaap
Eline studies “International Business and Languages” and is currently doing her internship at Bike Citizens. She has a deep connection to cycling, as she grew up in the Netherlands. In her spare time, she loves to sing, dance, and explore everything Austria has to offer.

A team of specialists from different fields wants to transform the area under Berlin’s elevated U1 rail line into a covered cycle path. Despite the project "Radbahn Berlin" coming on in leaps and bounds, there are still some hurdles to overcome.

Cargo bikes would be practical – if they weren’t so cumbersome. Cargo bikes are becoming more and more popular, but public areas often don’t have designated parking spaces for them. Cities are working to change that.
Interested in our Magazine?
Browse through it now
share article
This website uses cookies to improve your experience. Find further information in our privacy policy.
With your consent we also use cookies (e. g. from Facebook or Instagram) that allow us to provide advertising that fits your interests.
Decline Accept