Travel tips: All you need to know when travelling with your bike to Asia or the Pacific

If you plan your next trip in the Asia-Pacific region, consider taking your bicycle. Travelling by bicycle is a great and inexpensive way to see new places. This article aims to take the guesswork out of travelling by plane, train, and bus within selected Asia-Pacific countries.

by Ryan Waddington
Ryan Waddington is a Professional Triathlete and avid traveller. He moved to Adelaide for the glorious summers and incredible cycling. He is also a qualified Economist and Teacher.
Photo: pixabay CC0

Japanese taxi drivers wear uniforms, public transport runs on time and the sidewalk is spotless. Clean and efficient, that’s Japan. Apparently, bicycles do not fall into the clean category. When travelling by train or bus your bicycle must be covered. Japanese bicycle stores and online retailers sell Rinko bags which go around bicycles. Once covered, there is no fee when travelling by train. Only ferries will take uncovered bicycles. The cost is approximately twenty percent of the passenger fee. 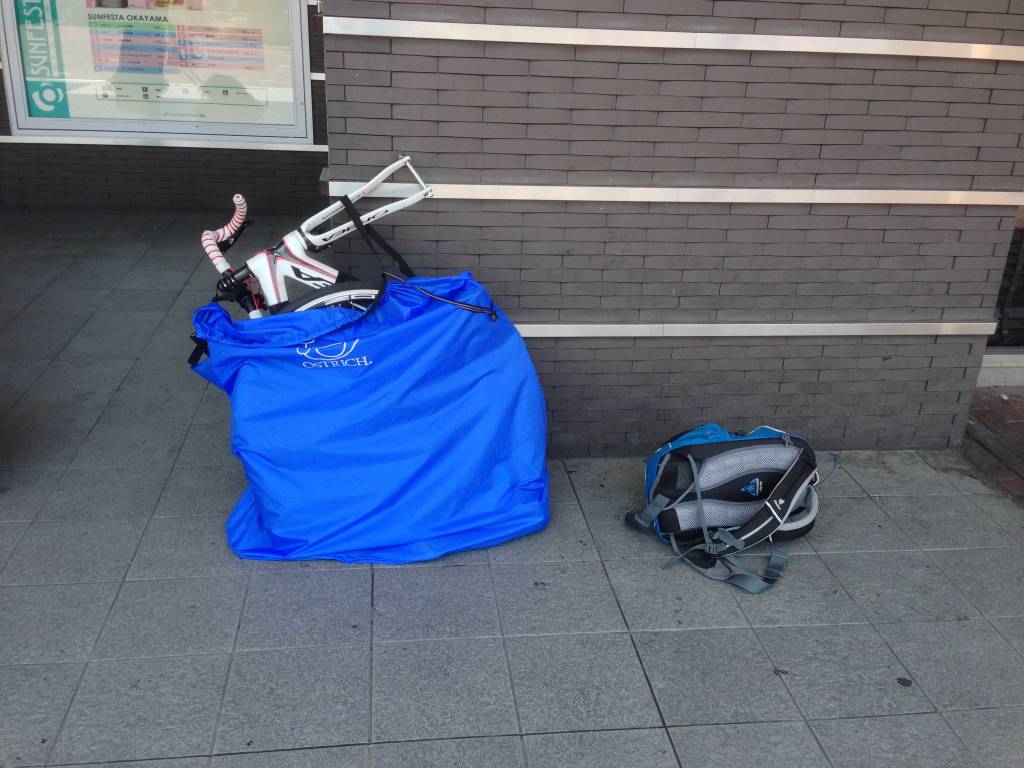 A Rinko bag allows you to take your bike with you on the train in Japan. Photo: メルビル CC BY-SA 3.0 via Wikimedia Commons

Taking a bicycle by bus is difficult. City buses do not cater for bicycles or have an undercarriage. Legally, you are allowed to bring a covered bicycle onto one of these buses. In reality, there is little space. Travelling longer distances on coaches which have undercarriages is easier. Most of these bus companies will carry bicycles. In both cases, a fee of approximately 50% of the passenger fair is applied for a bicycle.

If you are travelling in Japan, the Japan Cycling Navigator is a useful resource as it outlines key information. When flying in Japan it is important to adhere to excess baggage limits. Every airline will take a boxed bicycle for a price. I’ve personally had a good experience with Japan Airlines. They charged $50USD per ticket.

When travelling to Australia you are likely to pass through Sydney. The quickest way to and from the airport is via train. Get a free Opal Card from a railway station or online in order to take your bicycle on Sydney Trains without charge. Without a card bicycles attract the same fee as a child.

A trip across Sydney harbour is a must. Ferries take bicycles for free. Buses are the only difficulty. While drivers may permit you onboard, they are not obliged to. Unless you have a folding bike you are best to avoid buses.

For domestic flights I’d recommend Virgin Australia based on their baggage fees. Boxed bicycles under 23kg are considered a piece of luggage. Extra bags cost $35AUD per piece. Make sure you pre-book this to avoid further fees.

Related article: How urban cycling became such a taboo topic in Sydney

Christchurch, in New Zealand’s South Island is the cycling capital. Commuting with your bicycle is easy. The safest routes for commuting are made available by the NZ Transport Agency. Should you take your bicycle by bus or train, you will find that buses do not incur any extra fees. They are specifically fitted with bicycle racks.

Currently Christchurch does not operate commuter trains. There is a scenic railway operated by Rail New Zealand which connects Christchurch to Picton. From Picton a ferry takes you to the North Island. Bicycles travelling on the scenic railway cost an extra $10NZD. The ferry trip is a further $15NZD.

Flights into and within New Zealand are subject to bicycle fees. One option, Air New Zealand, accepts bicycles as part of your luggage. You can even buy a cardboard bike box at the airport.

Travelling with a bicycle should be fun. It requires forward planning but it is usually inexpensive. The major consideration is the airline carrier and ticket type. Tickets including baggage on an airline that considers bicycles as such are ideal. Advise airlines that you are flying with a bicycle as early as possible and beware of flying with multiple airlines as this can attract exorbitant fees from each company.

Power to the Pedal: Easier Riding in Prague

On a cold early spring morning, Prague’s fabled Wenceslas Square is packed with tourists and crowded trams trundle along Vodičkova Street. Cars are everywhere, but here in the heart of the city, there is not a cyclist in sight. However, ...

The Best of Brisbane by Bicycle – Riding the river loop

The thrill of cycling lies in the unique way it allows us to explore our surroundings. Travelling on two wheels lets you take it all in at a speed that still gets you places. Since I have recently relocated to Brisbane, I've used my bicycle to discover the city. The city of Brisbane straddles the Brisbane River and a popular way to see the sights is by Ferry. Thankfully, the extensive network of riverside bike paths makes a similar and more enjoyable journey by bicycle possible. Because of this, there are many ways to cycle around the river loop and I'd like to share my personal favourite tour here.
Interested in our Magazine?
Browse through it now
share article
This website uses cookies to improve your experience. Find further information in our privacy policy.
With your consent we also use cookies (e. g. from Facebook or Instagram) that allow us to provide advertising that fits your interests.
Decline Accept