by Guest Author
This is an article written by a guest author from the Bike Citizens community (full profile below). If you also want to share your cycling stories, contact us.
Foto © Andreas Stückl

A Guest Article from Heinrich Strößenreuther, the Initiator of the Road Space Justice Report

It was early morning on a grey October day one year ago as I was riding my bike to a breakfast TV-show to appear live on camera for the first time in my life. What did I dislike about motorists so much that I wanted to make a parking offenders app? That was the “harmless” warm-up question. It went on in a similarly heated vein, with the online Facebook debate breathing down my neck.

As a traffic consultant commissioned by the City of Hamburg, I had already worked out five years ago that bicycle traffic would actually have to quadruple in order to reach the climate protection goal of cutting CO2 emissions by 40%. To do so, traffic space used for parking spaces would have needed to be converted into cycle paths. However, the customer didn’t want to have this conflict over road space in the report, so it was dropped. 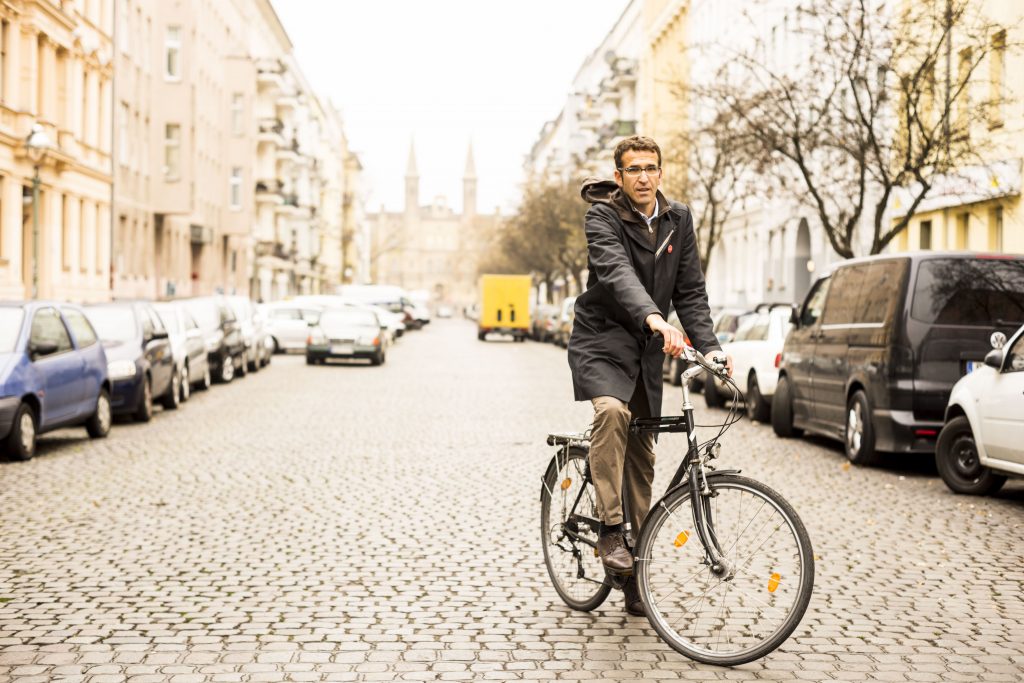 The question still remains of how congested our cities really are, and who owns the roads. Google doesn’t know anything about it,  friends in traffic research don’t have any figures about it, and neither does Berlin nor any other city. No one knows how much space cyclists have for cycling, how much space motorists have for driving and parking, and how pedestrians feel: thus the idea of the Road Space Justice Report was born.

I met with a Berlin professor. The idea quickly germinated of having her students simply measure Berlin. We wanted to show everyone what the situation was really like. Yardsticks were used to measure around 200 streets to see how wide the pavements, cycle paths, parking strips and traffic lanes are. They obtained the length of the road sections in the form of Google Maps, and the Berlin Senate provided the key to then extrapolate the data to the whole of Berlin in a way that was statistically reliable. After just a few hours of work, knowledge was created which did not exist before.

The results: 3% of Berlin’s streets are reserved for cyclists, and 19 times more for motorists: about 20% for parking and 40% for driving. In spite of this, cars in Berlin sit around for 23 ½ hours on average, which means that they’re only used at a rate of 2%. A third seem to not even move from the spot for weeks on end. If these cars were scrapped, everyone would have space, cyclists as well as motorists. Biking has increased by 50%, with15% of all journeys in Berlin now being made by bike and only 32% made by car. That’s not what you would call road space justice! 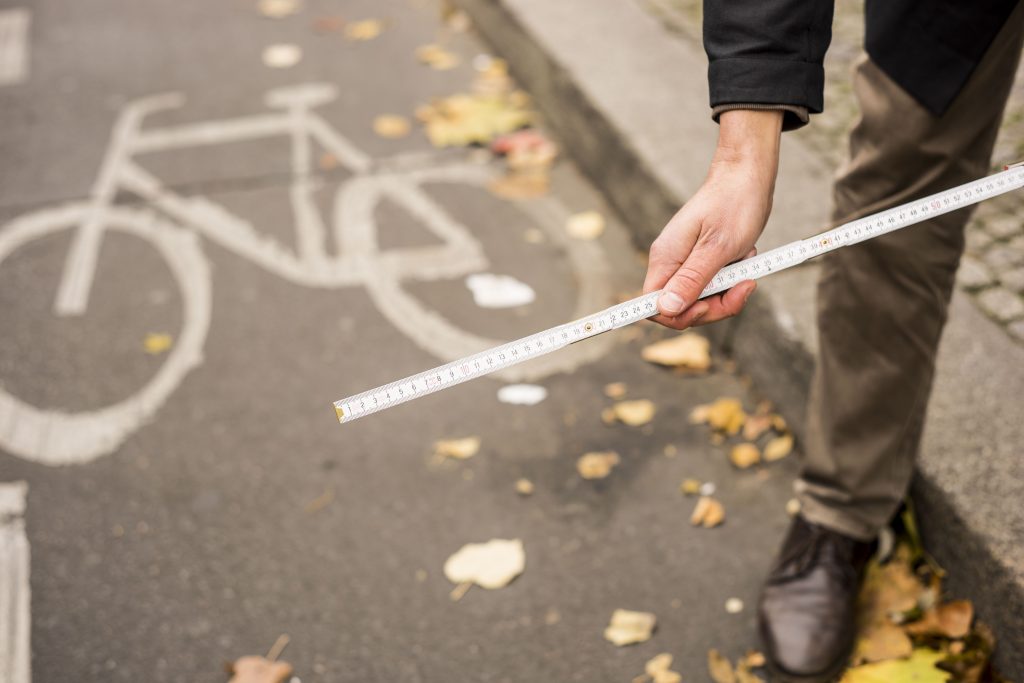 The Senate would have to expand the traffic area given over to cyclists by 600 percent in order to create justice in terms of traffic area. That’s worth a few headlines…

Where does it go from here? Cyclists from the Critical Mass group in Mainz want to measure their city too, and others are thinking about doing the same. I dream of a surface tool— a small web interface or app—so that anyone, wherever he or she might be at the time, can quickly measure a street in terms of its road surface justice. This date would then be  extrapolated to the whole city so that you can then ask the mayor critical questions.
Hey readers, who wants to volunteer to develop such a surface tool? Please comment or get in touch.

All Change! Has the US reached a turning point in transportation?

The US is a country synonymous with the car. This vast land and its people embraced car culture like no other. Is the bicycle a valid form of transportation in such an environment? Has the US reached a turning point? If so, what changes are being made to encourage people onto two wheels?

Cyclists the world over are fighting for the same goals and against the same obstacles. It’s high time for the Fridays for Future global bike revolution. But how? Author Tobias Finger analyses the current situation using two fundamentally different city models: Berlin and Vancouver; and gives cyclists hope, courage and options for action!
Interested in our Magazine?
Browse through it now
share article
This website uses cookies to improve your experience. Find further information in our privacy policy.
With your consent we also use cookies (e. g. from Facebook or Instagram) that allow us to provide advertising that fits your interests.
Decline Accept